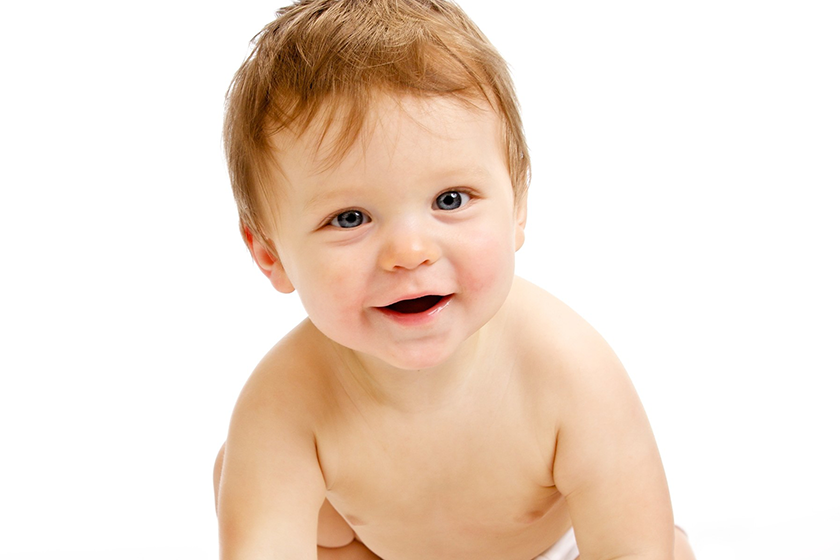 Children develop skills at their own pace, so be patient. The World Health Organization (WHO) conducted a study of more than 50,000 healthy children worldwide and found that walking with assistance was initiated between 5.8 and 14.1 months, and walking independently between 8 and 18 months. Most children in the study walked with assistance at 9 months and independently at 12 months.

Many U.S. children take their first steps around 1 year of age, but attempts to walk earlier or even several months later is normal. The American Academy of Pediatrics (AAP) recommends consulting your child’s doctor if he cannot walk by the time he is 18 months old, fails to develop a heel-to-toe walking pattern after several months of independent walking, or walks exclusively on his toes.

Once your child does take his first steps, his ability to walk independently is likely to develop quickly. Many children advance from first steps to confident walking, complete with stops, direction changes, and squatting to pick up desired objects, within a matter of days!

Although you may want to help your baby reach this momentous milestone sooner rather than later, the AAP urges parents to avoid using baby walkers. Although the name implies otherwise, these wheeled devices, according to the AAP, “Do not help the process of learning to walk, [and] actually eliminate the desire to walk.” Because babies in walkers can topple down stairs and tip over when encountering obstacles such as rugs or toys, the walkers are a safety hazard.

Be patient—but have that video camera charged and ready. Walking is just around the corner.