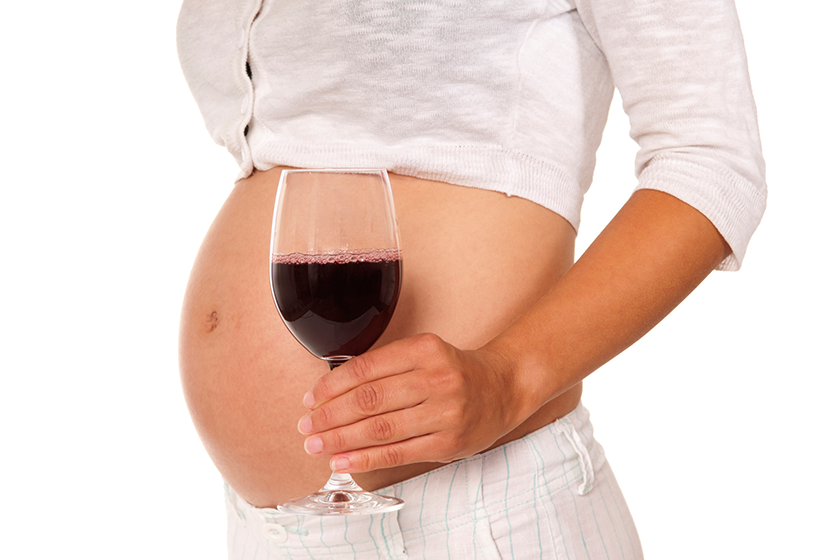 It’s no wonder that pregnant women are confused about whether or not alcohol is off-limits during pregnancy. The National Organization on Fetal Alcohol Syndrome (NOFAS) warns that there is “No safe amount. No safe time. No safe alcohol. Period.”—a position echoed by the American Academy of Pediatrics (AAP) in its 2015 clinical report. Nonetheless, some parents and health care providers want to speculate about “safe” levels and compare the risks of light, moderate, and heavy drinking.

What are the risks of drinking alcohol when pregnant?

The risks associated with consuming alcohol during pregnancy include:

A 2015 review article acknowledged that while the studies “are not fully conclusive,” some suggest that even low or moderate “consumption of alcohol during pregnancy may adversely affect children’s intelligence quotient (IQ), mental health, memory and verbal of visual performance.”

Another study which included  nearly 1,000 mothers and their babies and specifically looked at alcohol exposure during certain periods of pregnancy found a fetus’s alcohol exposure — even small amounts — during the second half of the first trimester was most strongly associated with the development of fetal alcohol syndrome. However, the study concluded that women who are pregnant and those who may become pregnant should abstain from alcohol altogether.

Perhaps most important to pregnant women making decisions about consuming alcohol, studies have often shown a dose-response effect. The risk of fetal alcohol syndrome and adverse neurological effects increases as the number of drinks consumed daily—or even during a single occasion—increases.

What are some alternatives to alcohol during pregnancy?

If you drink to relax, try other techniques like warm baths, massages, meditation, and/or acupuncture. If you drink out of habit, try non-alcoholic beverages or “mocktails.” 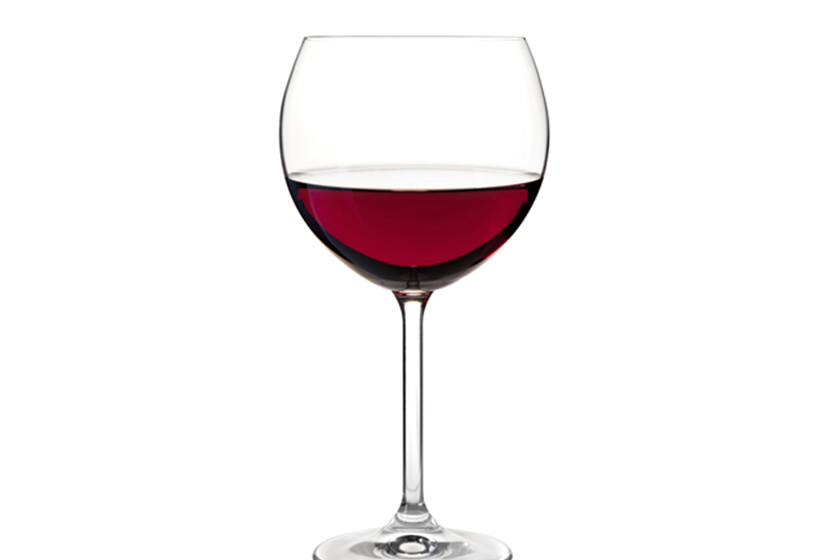 Although pregnant women are urged to avoid alcohol completely, breastfeeding mothers are simply cautioned to consume it in small amounts.

Why only small amounts? Alcohol (beer, wine, liquor) passes easily into breast milk. Research shows that it can change the flavor of your milk, shorten your breastfeeding sessions, decrease your milk supply, and limit your baby’s weight gain.

Drinking small amounts (4 ounces of wine, 12 ounces of beer, or 1 ounce of liquor such as whiskey, rum, vodka, or gin) no more than once a week is thought to be safe. However, daily use of alcohol, even in small amounts, can affect your baby’s motor development and your ability to care for your baby.

To limit the effects of alcohol on you and your baby, have no more than one or two drinks a week, and wait at least two hours after you drink before breastfeeding.

The outdated suggestion to “pump and dump” was based on the belief that alcohol stays in the milk until it is removed from the breasts. We now know that this is false. The amount of alcohol in your milk depends on the amount in your blood. Even if you express and discard your milk, alcohol will re-accumulate in newly produced milk as long as there is alcohol in your blood. Alcohol is broken down (metabolized) and removed from your blood (and your milk) by the liver. It takes about two hours for the liver to break down the alcohol found in one drink.

It is important to remember that alcohol can make you sleep more soundly, so you should not sleep with your baby after drinking alcohol, due to the increased risk of suffocation and SIDS. 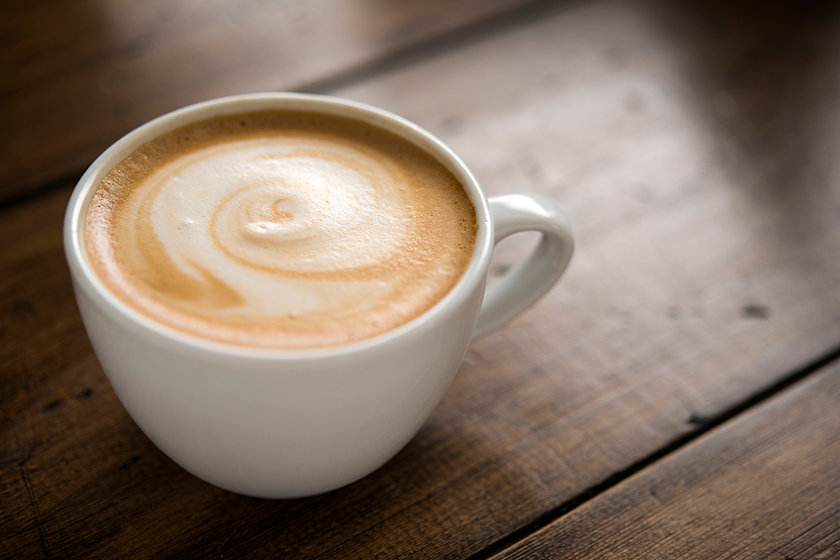 If you notice your baby becoming fussy, you may want to limit your intake of caffeine-containing drinks and foods such as coffee, tea, chocolate, and some carbonated beverages for 2-3 weeks to see if your baby’s symptoms improve.

Check the ingredients listed on the package for caffeine content. The amount of caffeine in a cup of coffee or tea depends upon the equipment used for brewing and can range from 50-500 mg per 8 ounce serving. 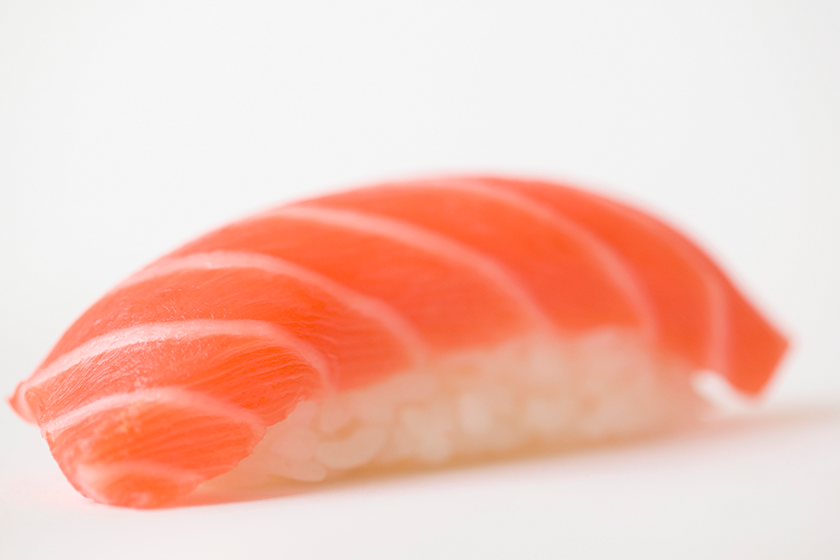 Although women are cautioned against eating sushi and other raw seafood (such as sashimi, oysters, clams, and mussels) when pregnant, there is no need to forgo this seafood when breastfeeding. Sushi can be a part of a well-balanced diet. Be sure the sushi, sashimi, or other raw seafood you consume is fresh, and follow the seafood recommendations for breastfeeding mothers issued by the Food and Drug Administration (FDA) and Environmental Protection Agency (EPA). Be selective about which fish you choose and how much of it you eat.

Studies have shown that high levels of mercury can damage the nervous system, kidneys, and liver of unborn children, infants, and young children, so some concern is warranted. However, seafood contains protein and omega-3 fatty acids that are important for overall health and neurological development. Stay informed but rest assured that the benefits of these vital nutrients outweigh the risks of consuming limited amounts of low-mercury fish.

The more milk your baby takes (or you remove through milk expression), the more milk you make. Some mothers with ample milk may “think” their supply is low when in fact it is not. So before you take steps to improve your milk supply, talk with you health care provider to make sure it is indeed low.

Many mothers assume that they are “losing” their milk because their let-down reflex is less noticeable and their breasts seem softer than they did in the first weeks after their baby’s birth. It’s easy to confuse “soft breasts” with “empty breasts.” Soft breasts are a natural progression of your body’s adjustment to your baby’s feeding patterns, and indicate that your body is making just the right amount of milk at just the right time.

While improper positioning, poor latch, or inadequate suckling can lead to low milk supply, a sudden increase in the number of feedings can simply signal a “growth spurt.” Fortunately, more frequent feedings together with a good latch will usually ensure an ample supply of milk.

Breast massage and skin-to-skin contact are effective low-tech strategies for increasing a mother’s milk supply. (See more on skin-to-skin contact here and breast massage here.) There are several common foods that have traditionally been recognized as beneficial for breastfeeding mothers who fear that they are losing their milk. However, there are few studies to support the lactogenic (milk-inducing) properties of various foods or products.

That said, the following foods may help (or at least not hurt) a mother’s milk supply:

Perhaps the best thing mothers can do, nutritionally, to maintain a good milk supply is to eat a well-balanced diet that includes a variety of healthy foods each day and enough liquids (water and unsweetened fruit juice) to satisfy their thirst. If you have particular concerns about your nutritional needs, talk with your health care provider or a registered dietitian.