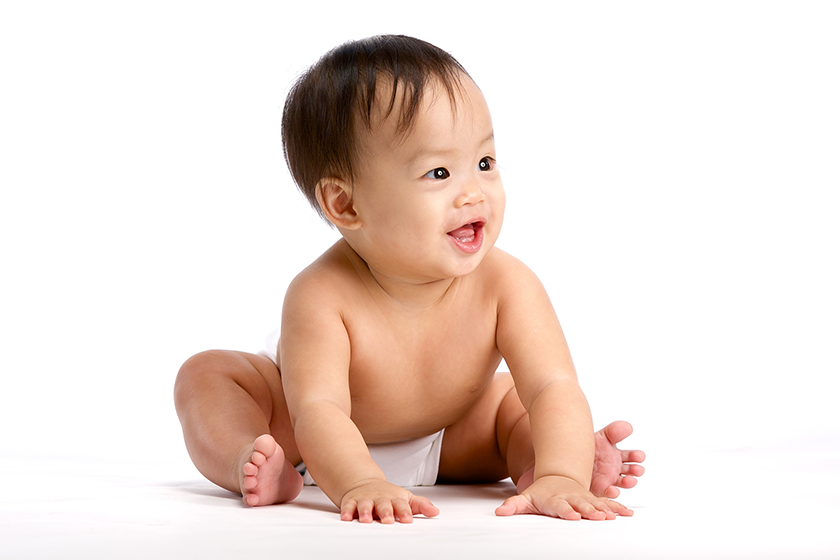 The World Health Organization (WHO) conducted a study of more than 50,000 healthy children worldwide and found that sitting without support was initiated sometime between 3.7 and 8.9 months of age. Most children in the study achieved this skill around 6 months of age.

According to the American Academy of Pediatrics (AAP), U.S. children typically master sitting without support between 4 and 8 months of age, based on a set of skills they’ve been developing since birth.

Before your baby can sit up without support, she must have strong back and neck muscles, as well as a measure of balance in her torso, head, and neck. She’ll best achieve these skills with ample tummy time. According to the AAP, parents should help their child learn to sit by playing with her while she is lying on her tummy. Sitting up will require your baby to be able to raise and hold her head up, and you can encourage this by placing her on her stomach and inviting her to look at (and reach for) a rattle or other toy held out in front of her.

After she masters lifting and holding up her head, she’ll need to learn how to push up on her arms and arch her back. Your baby may rock on her stomach, kick her legs, and wave her arms. All of these actions strengthen your baby’s muscles and contribute to her rolling over (belly to back, and back to belly), and ultimately sitting up.

While your baby is developing her sitting skills, you can hold her or support her back. Before she is able to sit on her own, she’ll likely go through a “tripod” phase, during which she can balance herself while sitting and leaning on her arms. Though you may need to help her into a sitting position, by 6–8 months of age she should be able to hold this position without the support of her arms. Getting herself into a sitting position will quickly follow.